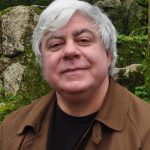 George founded Clubhouse Capital in 1995, at the time specializing in golf course finance. The company became widely regarded within the national golf industry, closed dozens of course transactions, and oversaw the development or turnaround of numerous well-known private and resort facilities on the East Coast. In 2000, he expanded Clubhouse’s footprint to include and eventually focus on business and real estate finance. More recently, he has become well-versed in the business side of recreational marijuana and has financed several New England cannabis companies.

George’s interests include cooking, golf, and national politics. He enjoys spending much of his summer in Falmouth, MA with his wife and two young children.