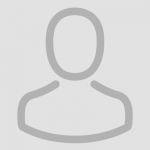 Steve is a CPA, and a graduate of the University of Rhode Island (B.S. Accounting, 1982). He began his career in public accounting before joining the internal audit department of Textron, Inc. where he was responsible for operational and financial audits of subsidiaries throughout the United States. In 1987, Steve joined Romac, Inc. as an executive recruiter specializing in the accounting and finance sectors, and later founded the executive search and staffing firms Accounting Resources (1992) and Corporate Search Group (2001).

Steve focuses on business development in the real estate and middle market sectors. He is also licensed in real estate sales and maintains a desk with REMAX Commercial in East Greenwich, RI. Steve resides in Edgewood with his wife Nancy and their daughter Anya, and vacations frequently at their Vermont home.